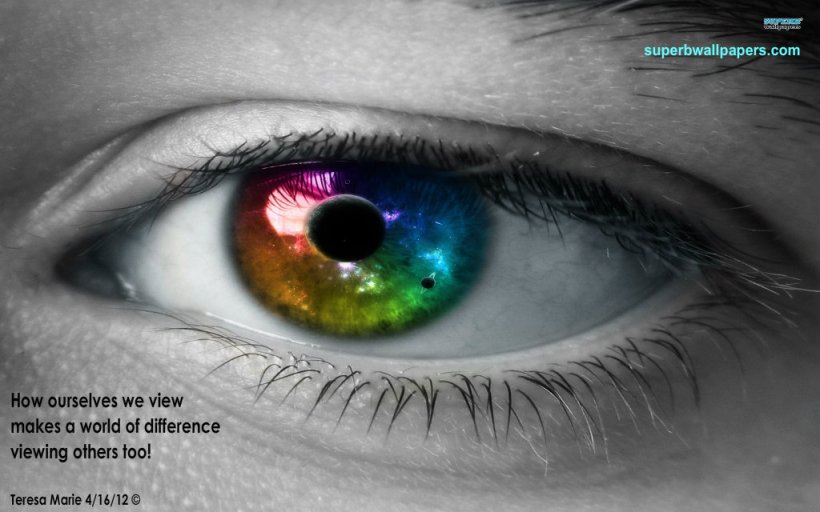 * I wrote this poem for all three of my children who are struggling right now with their self…  meaning; self-image, -esteem, -worth, etc.

The things that people do and say to us/about us are so very damaging to our psyche.  Even when we know at times what they are saying is false, it still hurts us.  We are left wondering why they would say or do that to us and eventually work it around in our minds where the finger is pointing back at us; like we must have done something to cause them to act that way.

The reality of it is that, often times, it is their problem and not ours.  People can just plain be mean for many reasons; self-loathing, anger issues, jealousy, selfishness, vindictive, etc.  But any way you slice it, we all have effects on each other, whether good or bad.

We need to keep this in mind at all times (including myself) when we open our mouths.  We need our words to be chosen more carefully and not speak out in anger.  To coin an old phrase, “we need to zip it!”  Because, when we don’t, the damage we do lasts for much longer than our anger usually does! 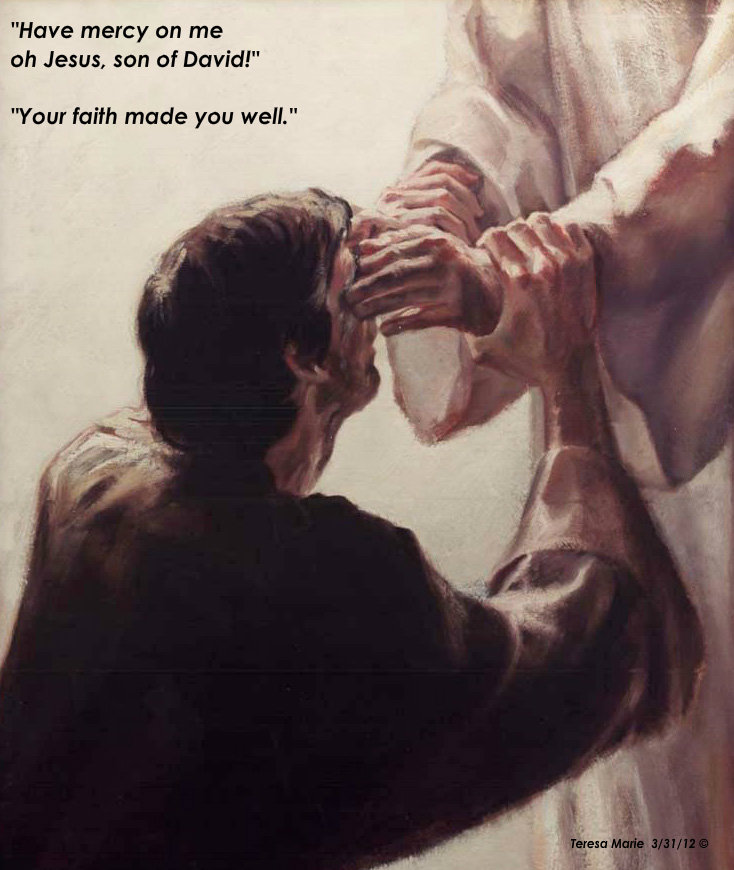 32 They were on the road, going up to Jerusalem, and Jesus was walking ahead of them; they were amazed, and those who followed were afraid. He took the twelve aside again and began to tell them what was to happen to him, 33 saying, “See, we are going up to Jerusalem, and the Son of Man will be handed over to the chief priests and the scribes, and they will condemn him to death; then they will hand him over to the Gentiles; 34 they will mock him, and spit upon him, and flog him, and kill him; and after three days he will rise again.”

46 They came to Jericho. As he and his disciples and a large crowd were leaving Jericho, Bartimaeus son of Timaeus, a blind beggar, was sitting by the roadside. 47 When he

heard that it was Jesus of Nazareth, he began to shout out and say, “Jesus, Son of David, have mercy on me!” 48 Many sternly ordered him to be quiet, but he cried out even more loudly, “Son of David, have mercy on me!” 49 Jesus stood still and said, “Call him here.” And they called the blind man, saying to him, “Take heart; get up, he is calling you.” 50 So throwing off his cloak, he sprang up and came to Jesus. 51 Then Jesus said to him, “What do you want me to do for you?” The blind man said to him, “My teacher, let me see again.” 52 Jesus said to him, “Go; your faith has made you well.” Immediately he regained his sight and followed him on the way.

If then there is any encouragement in Christ, any consolation from love, any sharing in the Spirit, any compassion and sympathy, 2 make my joy complete: be of the same mind, having the same love, being in full accord and of one mind. 3 Do nothing from selfish ambition or conceit, but in humility regard others as better than yourselves. 4 Let each of you look not to your own interests, but to the interests of others. 5 Let the same mind be in you that was in Christ Jesus,

did not regard equality with God

as something to be exploited,

taking the form of a slave,

being born in human likeness.

And being found in human form,

and became obedient to the point of death—

even death on a cross.

and gave him the name

that is above every name,

every knee should bend,

in heaven and on earth and under the earth,

that Jesus Christ is Lord,

to the glory of God the Father. 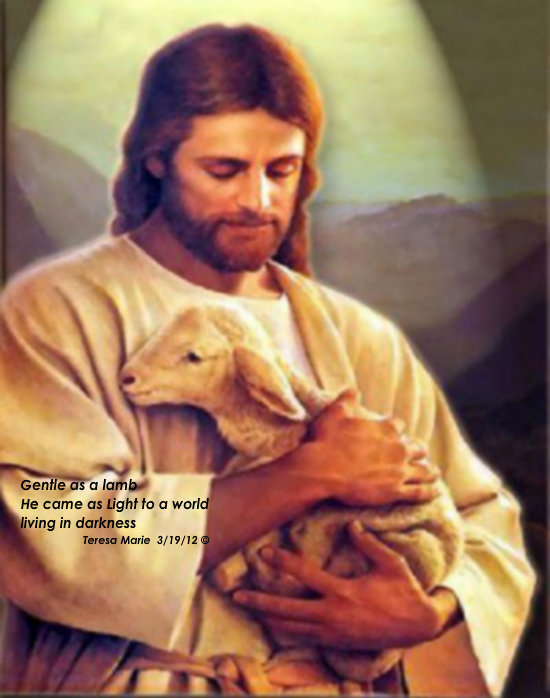 34 The crowd answered him, “We have heard from the law that the Messiah remains forever. How can you say that the Son of Man must be lifted up? Who is this Son of Man?” 35 Jesus said to them, “The light is with you for a little longer. Walk while you have the light, so that the darkness may not overtake you. If you walk in the darkness, you do not know where you are going. 36 While you have the light, believe in the light, so that you may become children of light.”

After Jesus had said this, he departed and hid from them. 37 Although he had performed so many signs in their presence, they did not believe in him. 38 This was to fulfill the word spoken by the prophet Isaiah:

“Lord, who has believed our message,

and to whom has the arm of the Lord been revealed?”

39 And so they could not believe, because Isaiah also said,

and hardened their heart,

so that they might not look with their eyes,

and understand with their heart and turn—

and I would heal them.”

41 Isaiah said this because he saw his glory and spoke about him. 42 Nevertheless many, even of the authorities, believed in him. But because of the Pharisees they did not confess it, for fear that they would be put out of the synagogue; 43 for they loved human glory more than the glory that comes from God.

44 Then Jesus cried aloud: “Whoever believes in me believes not in me but in him who sent me. 45 And whoever sees me sees him who sent me. 46 I have come as light into the world, so that everyone who believes in me should not remain in the darkness. 47 I do not judge anyone who hears my words and does not keep them, for I came not to judge the world, but to save the world. 48 The one who rejects me and does not receive my word has a judge; on the last day the word that I have spoken will serve as judge, 49 for I have not spoken on my own, but the Father who sent me has himself given me a commandment about what to say and what to speak. 50 And I know that his commandment is eternal life. What I speak, therefore, I speak just as the Father has told me.”

P.S.  Some people are having a hard time reading some of the poems written onto the pictures, therefore I will start putting the words underneath them as well so that every gets a chance to enjoy them.  🙂  Hope that will work it out for all concerned!

4 But Peter, standing with the eleven, raised his voice and addressed them, “Men of Judea and all who live in Jerusalem, let this be known to you, and listen to what I say. 15 Indeed, these are not drunk, as you suppose, for it is only nine o’clock in the morning. 16 No, this is what was spoken through the prophet Joel:

that I will pour out my Spirit upon all flesh,

and your sons and your daughters shall prophesy,

and your young men shall see visions,

and your old men shall dream dreams.

in those days I will pour out my Spirit;

and they shall prophesy.

and signs on the earth below,

blood, and fire, and smoky mist.

and the moon to blood,

before the coming of the Lord’s great and glorious day.

22 “You that are Israelites, listen to what I have to say: Jesus of Nazareth, a man attested to you by God with deeds of power, wonders, and signs that God did through him among you, as you yourselves know— 23 this man, handed over to you according to the definite plan and foreknowledge of God, you crucified and killed by the hands of those outside the law. 24 But God raised him up, having freed him from death, because it was impossible for him to be held in its power

4 Such is the confidence that we have through Christ toward God. 5 Not that we are competent of ourselves to claim anything as coming from us; our competence is from God, 6 who has made us competent to be ministers of a new covenant, not of letter but of spirit; for the letter kills, but the Spirit gives life.

So also Christ did not glorify himself in becoming a high priest, but was appointed by the one who said to him,

today I have begotten you”;

“You are a priest forever,

according to the order of Melchizedek.”

7 In the days of his flesh, Jesus offered up prayers and supplications, with loud cries and tears, to the one who was able to save him from death, and he was heard because of his reverent submission. 8 Although he was a Son, he learned obedience through what he suffered; 9 and having been made perfect, he became the source of eternal salvation for all who obey him, 10 having been designated by God a high priest according to the order of Melchizedek.