He said “I love you”
And I felt it in my soul
“I’ll take care of you,
For that is a husband’s role”

“If you’ll marry me,
I promise not to leave you,
And as you will see
To never, ever hurt you”

“I do believe you”
Yet the words were hard to say
“I’m in love with you”
But my head screamed “Run away!”

Late in November of last year we lost Mark’s father.  Al lost his battle with cancer and he is dearly missed.  Thank God he only lasted about a week on hospice when the angels took him home.  Sebastian was his buddy and he still looks for him every time he goes to their house.  He knows he’s not in the bed anymore, so he talks to Poppy’s picture instead 😦

Well, here he is now…

And those sweet little twin babies my son had…

And let’s not forget my two little scholars…

Where does the time go?  I can feel myself aging by the minute!

Last but not least, some of my latest work…

I hope everybody has been as well as can be expected!!

God bless and keep you all,  Terri 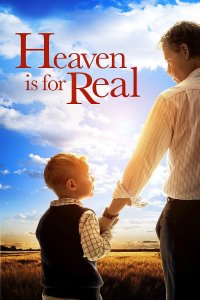 I wrote a whole post about this movie after Mark and I watched it about a month ago but did it on my new tablet and promptly lost everything.  So I’m going to do it again from the desktop.

Have you seen this movie?  If you haven’t, I strongly suggest that you do.  It is fabulous and deeply moving in every way.

Here is the official plot summary:

The little boy they cast to play the part of Colton was superb, along with the rest of the cast.

I has watched it once before Mark and I watched it together and it got me thinking about my own experience.  It saddened me greatly to realize how far away from my connection to God that I have allowed the world and the enemy to take me.  Just a short time ago, no more than 3 or 4 years, I would have told you it was impossible but here I am.  I don’t pray for the first hour of each day, or read daily in the Bible, or walk around the house praying in tongues.  The only time it seems that I do pray these days is when requested to or someone I know is in need.  I have determined to strive hard this year to correct that situation.  After that, I also realized how much Mark has changed over the last few years as well.

We’ve both been through a lot and, in reality, it’s not surprising to find some bitterness has set into both of us.  Just seeing it in writing really pounds the point home.

Anyway, when we were watching this movie I kept glancing over at Mark through my tears and wondered if it was affecting him as much as it had me.  I was pretty sure it was.  Afterwards I asked if it made him remember more clearly his experience.

He said that whomever did the cinematography for the scene where Colton tells his dad about entering their church and seeing the angels in Heaven did a spot on job.

So take it from two “near-deather’s” this is the inspirational movie of the decade to see.

Love and blessings to you all, my friends,
Terri

P.S.  Check out also Akiane Kramarik’s (another near-deather mentioned in the movie) painting of Jesus.  To see more on her Pinterest page click on the link: 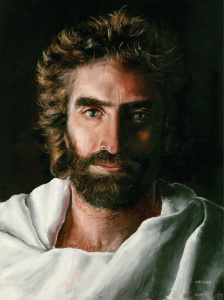 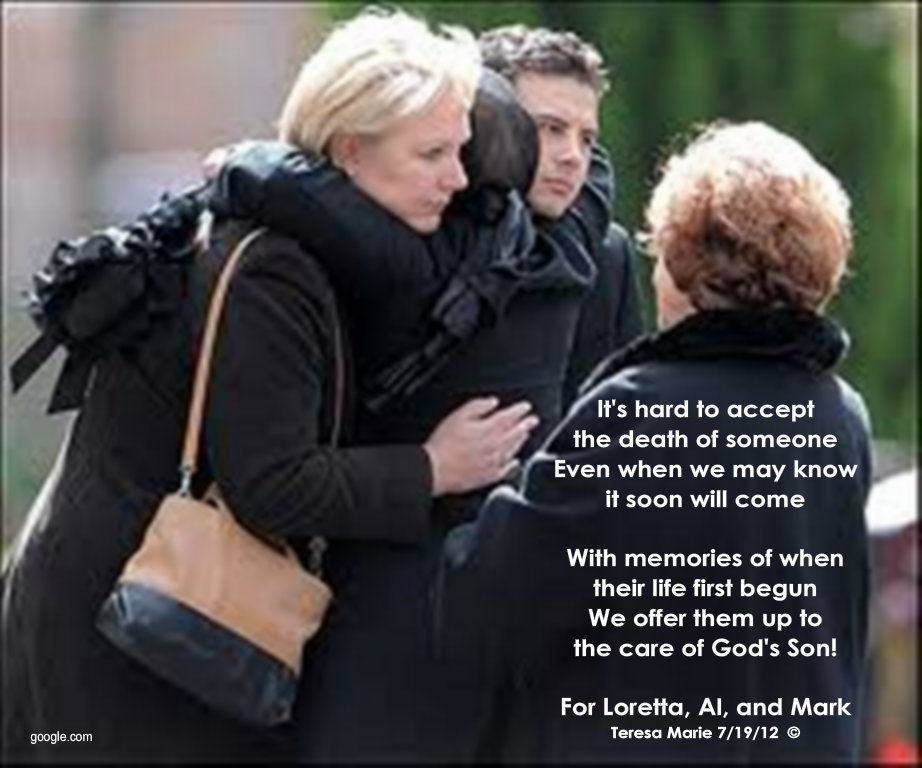 After an extended illness, Mark lost his maternal Aunt on Sunday.  My condolences are in this poem!  God bless her soul. 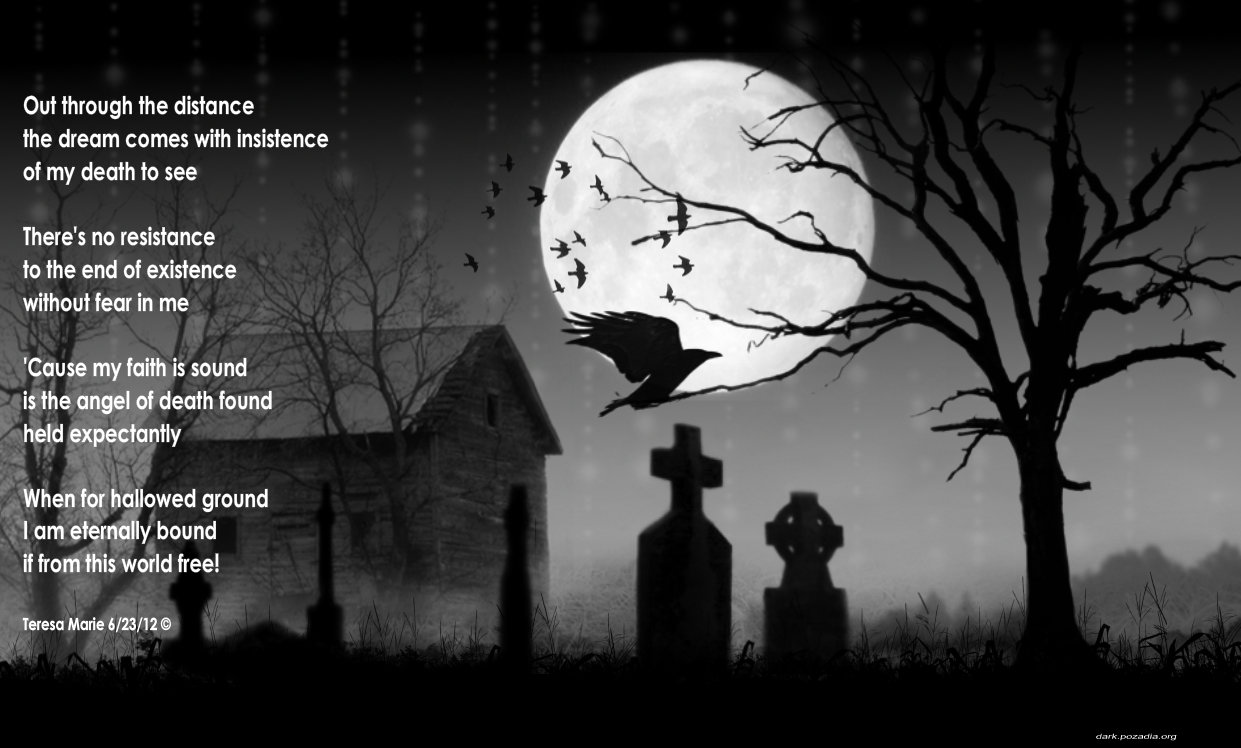 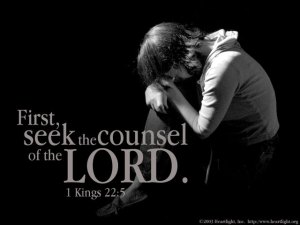 Well, this just doesn’t seem to be our year :(, not only have I been sick most of the Winter, we had: dad in intensive care twice; Penny with the three bypass surgeries, in intensive care once, almost losing both of them ; Mark’s dad admitted to the hospital once; my aunt in Florida died; the whole court thing with Sara that still is final until we go back in June; Sara being bullied at school; Shawna’s near nervous breakdown; and our terriers running off.  Now:

I had called Al the first Monday and talked with him for a little while and, even though they knew it would be coming probably sometime this year, they didn’t expect him to pass on before the one that’s still here, and he was quite saddened.

I didn’t find out about his sister until late Monday night ’cause Mark forgot to tell me, so I called Al on Tuesday and the first thing he said to me was, “I don’t think I want to see another Monday came, EVER!  I told him how very sorry I was and we chatted for a few more minutes.

Then Mark comes home from his doctor appointment last evening to inform me that he has to go get an MRI done on his back.  He just was referred to a Pain Management Specialist for the pain he has in there from his arthritis.

SOME GOOD NEWS though:

Penny is doing much better.  She went in on Monday and had her skin graphs on her leg done but the doctor said he couldn’t get the ones for her groin to take.  I don’t know what will happen with that but they can’t leave her with a hole there either.  She now has to go to a Pain Mngt. Spec. too for her newly developed fibromyalgia.  Still, all in all, she is doing better and happy to be home.

Mom and dad got back from Florida on Sunday evening, hallelujah!!  Dad seems to be feeling pretty good.  I haven’t got to go over there yet ’cause I’m still not feeling very good and don’t want to expose him to anything.

Well, I think that about covers it for now!  Please say a prayer for Al in his time of grief.  Thanks everybody!!