“Hello from the other side…”, as Adele sings it

I should have started this first before the signs posting, you know how I am, ’cause I forgot where I planned to start.  Pictures say a thousand words, how about these?

I guess this post will be about the “biggest” news flash… our little guy Sebastian.

I didn’t look back to see if I’d already told you about Sara’s problems with post partum depression or not, but she did not bond well with Sebastian.  The divide was then widened when she and the baby- daddy broke up.  Things just went from bad to worse.  Sara started talking about adoption and that’s where Mark stepped in.  He said the time for adoption was 7 months ago  but if she doesn’t want him, we’ll take him.  Yes you heard that right!  We’ve already met with our attorney & starred the process.
Your prayers would be appreciated.
May God bless & keep you all!

Finally have some good news to share with you:

Sara’s son Sebastian is such a treasure for us!  Though it was not in our plans to be “parents” again at our age, it seems to have been a blessing in disguise, no big surprise to God I’m sure since His plans always work to our good!!
Sara’s postpartum depression “baby blues” have totally thrown her for a loop. I feel so bad for her! She said they seem to have hyper-intensified every other problems she already had but was trying to avoid having to deal with, like panic attacks, mood swings, etc. and not to mention damage of her abuse.
We have her set up with counseling until she is 18 and then she will move to the Behavioral Science Dept. at the hospital as an out-patient. I pray they can help her overcome the past and give her hope for a happy & healthy future.
We have talked about & agreed on Mark and I taking custody of Sebastian until she gets it together enough to feel capable of raising him on her own. That will ensure his position in the family should anyone try to say that Sara’s is incapable of caring for him. Always have to cover your butt legally these days you know! 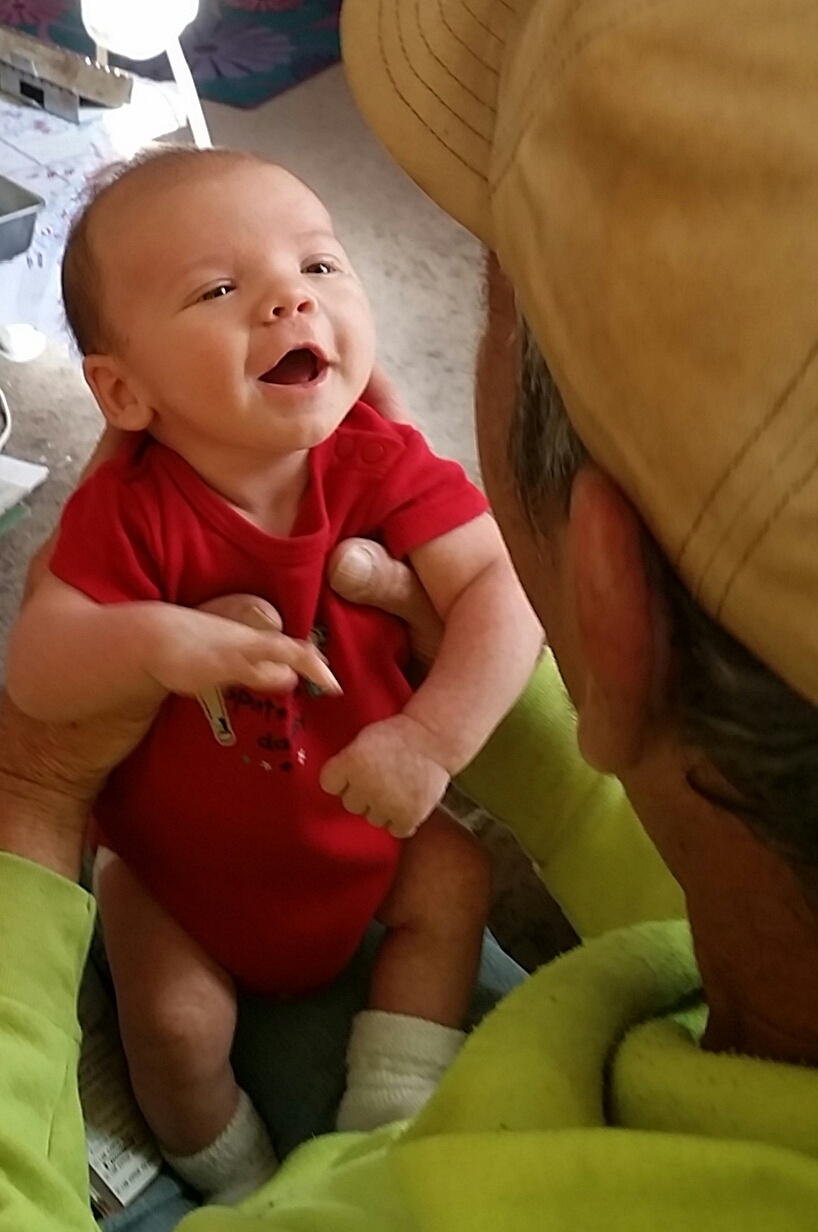 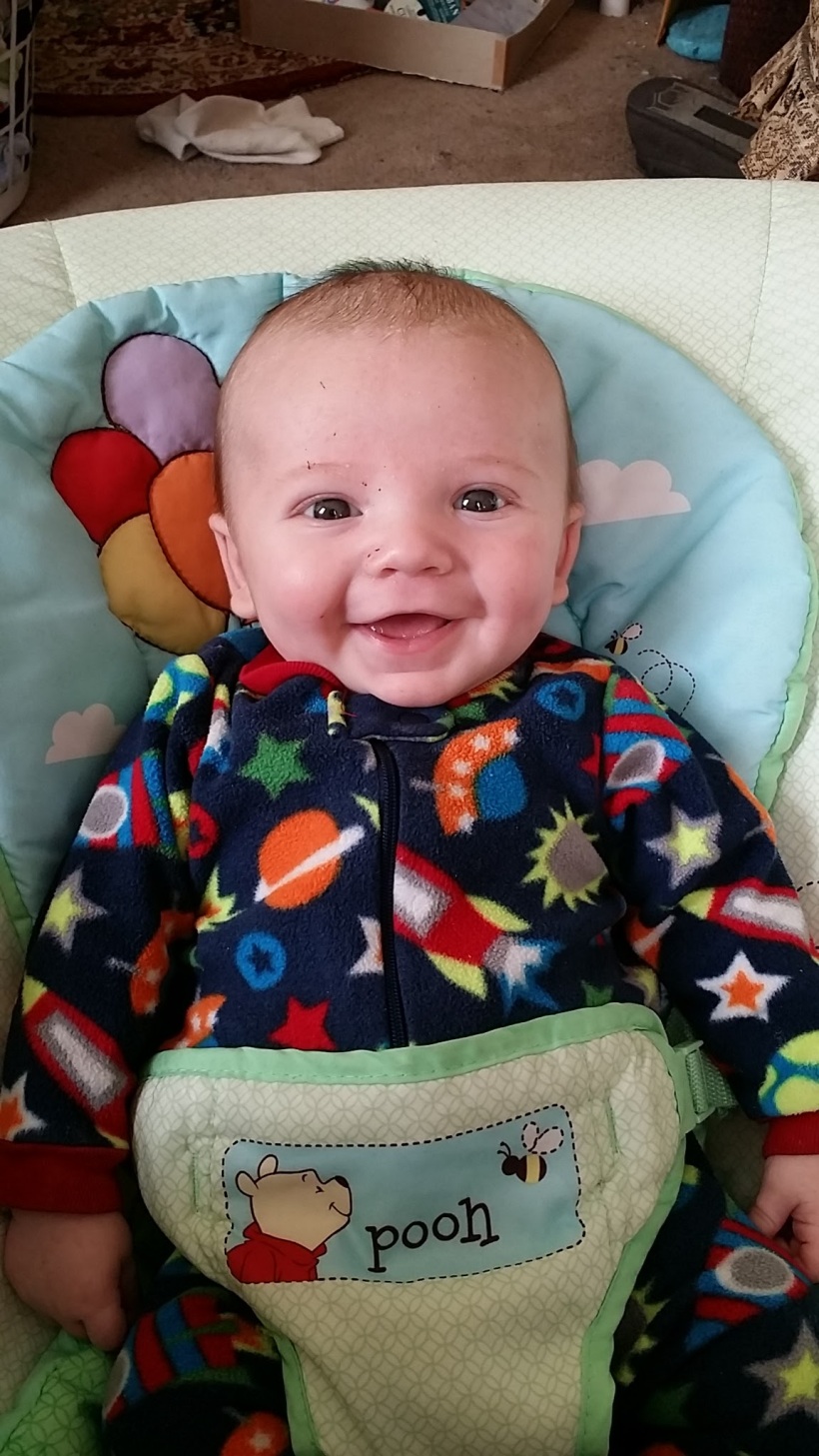 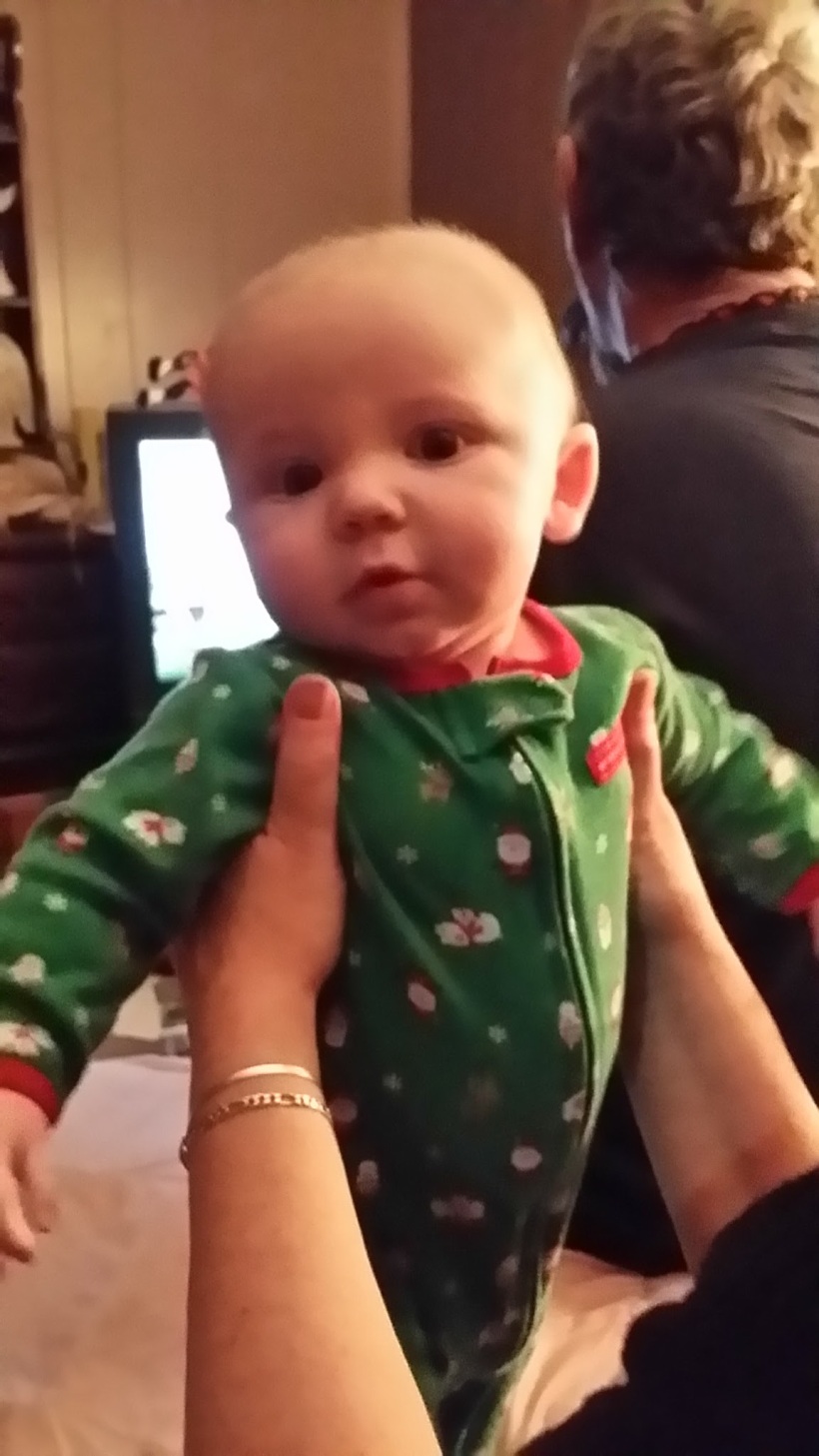 Blaine’s family are growing like weeds! The twins are 1&1/2 now.

As well as Shawna’s. 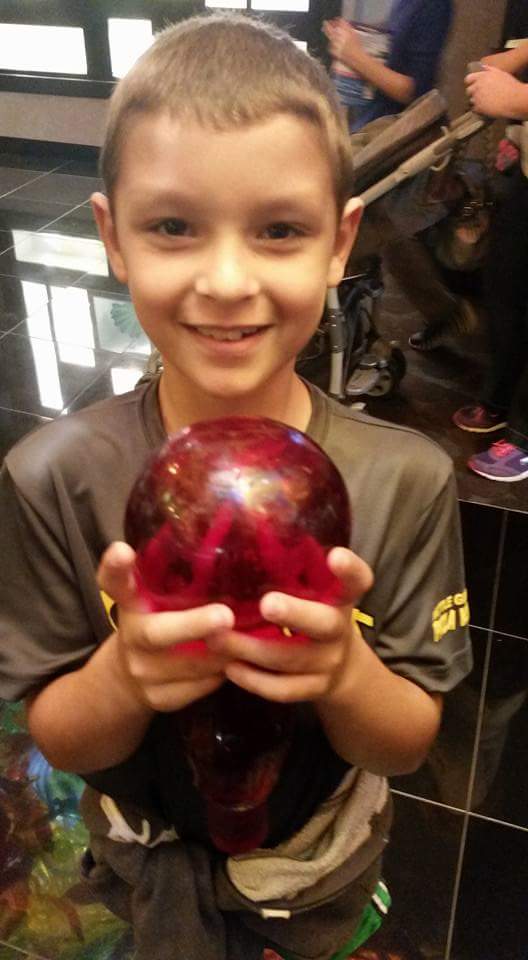 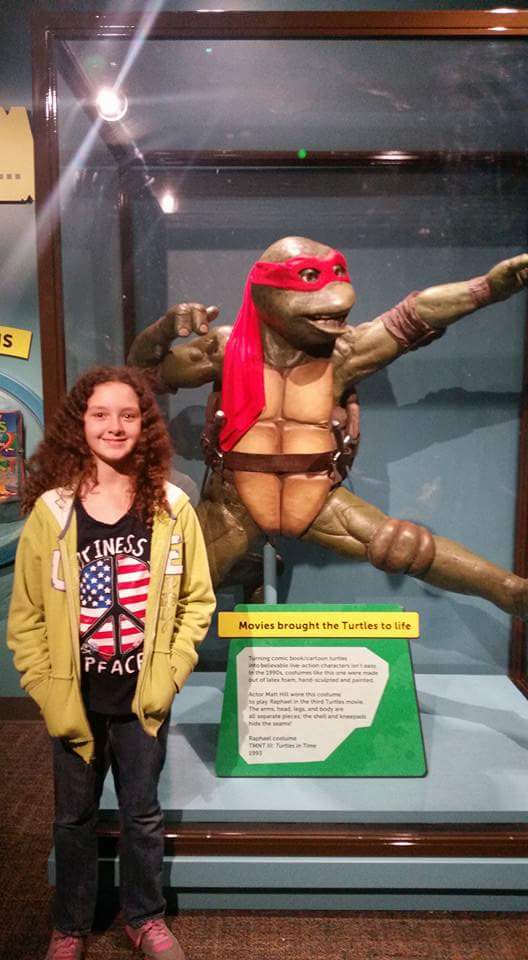 Mark’s dad’s chemo is going well. The small spot on his brain is gone and the rest have not grown. Your prayers are helping, thank you so very much!!

I still have my days where I cry about missing Penny. Especially when I’m stressed out and need to vent or have a sounding board. I know she’s happy in heaven but it still hurts.

Mom and dad are still plugging away in Florida still and probably won’t come home until some time in April.

Just wanted to drop you a line and catch you a more up to date!!

Please continue to keep us in your thoughts and prayers as we keep you in ours.

God’s peace and blessings upon you and your’s all,
Terri 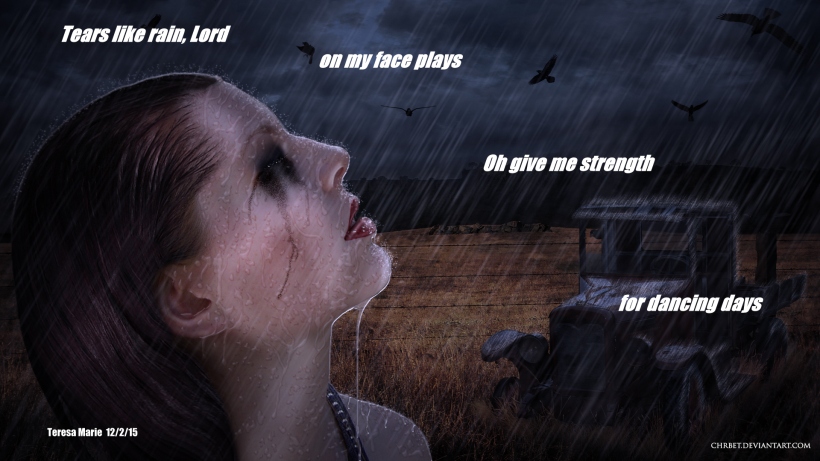 I’m still here but the stress has taken it’s toll.  Between my dad, Sara’s suicide watches, Mark’s rare heart diseases, and now my other brother’s cancer that requires aggressive chemotherapy, I’ve been rocked to the core.  I know you’ve been wondering and I’m sorry for leaving you all hanging but I just couldn’t find it in me to write.  I’ve immersed myself into my clay but that’s not even come easily.  I have to make myself do something every day, rather than wanting to.  I know this will all pass, it will go as God wills it, and …  My brother was the last straw, and he won’t even talk to me 😦 .

Love and blessings to you all, Terri

I’m still here, breathing in and out every day, but that’s about it.

After I was last on here, I was getting ready for the Artisan’s Market.  Well it was a lot of work and they were very disappointed with their turn out. It had been a couple of years since they had it due to the fact that they were building their new church.  I was not thrilled when, in the first 2 hours of the day, I had only sold one item.  But the crowd did pick up and I think I probably came out better than a lot of them did.  After the table cost and my voluntary 10% donation to the church, I made a little over $100.  It really could have been much better.  I guess, I will either have to break down and do one of the local festivals next time but I always worry about the cost of the booth at those things vs. what you make.  I don’t know.  I’m definitely going to get some of my stuff into the consignment shops in town for the Christmas season.

All in all, things were doing okay – I just missed Mark a lot.  Since harvest started, I got to see him for maybe an hour a day and that’s it. 😦

Then on Monday I got an e-mail from mom and, after reading the first few lines, bust out bawling.  Sara came running into the room in a panic.  She was too little to remember the fits of depressions at the beginning of my MS and has only heard stories about it, so it really scared her.

The e-mail said that dad had gone to my brothers to ride the bike, which he does every day, and had fallen in the driveway.  He lay there for a while and nobody saw him to come and help him up.  That’s where I started crying.  I could only imagine my dad there helpless.  The man who was always larger than life to me.  IT BROKE MY HEART!  It went on to say that he had finally gotten himself up and drove home.  Then mom took him to the hospital.  She said is arm was in a sling and she didn’t know how well she was going to be able to help him get around.

I was a basket case.  I sent her an e-mail back and said that Sara and I would be over Tuesday after school to see him.  When I called on Tuesday to say we would be on our way over soon, mom said they were at the hospital admitting dad because she couldn’t take care of him.  I asked why not and she said, “Well, with that broken shoulder, it’s just too much for me.”  Well, I lost it again!  She had not said that dad broke his shoulder in her e-mail.  She said that he had told her that he was sorry for being so much trouble for her.

I’ve been crying on and off for days now.  I know my dad, I know he was already fighting depression and I know what this is going to do to him.

We went to see him in the hospital on Thursday because I just couldn’t get myself together enough to go before that.  I didn’t want to walk in there a basket case or crying.  I couldn’t take it for long.  We had a short visit, he was tired and wanted to sleep anyway, thank God.

They are going to keep him until Sunday and then transfer him to an extended care facility for rehab.  He is going to hate it!

I told Mark today that, if I’m this bad with him just being hospitalized, Lord only knows what I’m going to do when he passes on.  I know I would probably handle things better if I weren’t already fighting this MS depression relapse.  I like to think so anyway.

I just wanted to fill you all in on why I haven’t been here.  The two poems that I just posted are pretty dark, but well show my state of mind right now.  I owe a few of you an e-mail too but haven’t written because I don’t want to depressing to you too.  Everyone is used to my positive and upbeat outlook that I know you are concerned for me and I appreciate it more deeply than you could ever know!

My thoughts are always with you all, my friends!

I don’t know what else to say but, I’ve lost my motivation, enthusiasm and ambition as far as writing goes.  I heard of people having writer’s block before but this isn’t really that, I don’t think.

For over a year, I worked on this blog almost exclusively.  My other areas of interest fell by the wayside, especially my jewelry making.

Now it seems the tables have turned.  I am really getting into that and have a hard time even getting online to write.  When I do, I have to push myself to come up with something to write for you.

I would like to have a happy medium in here somewhere down along the line!  I really would love to do both.

I have been suffering some bouts with anxiety and depression lately also, nothing to radical, so don’t worry.

I wanted to be sure to let you all know that I am still among the living :)!

Please forgive me for my neglecting you all.  I’m doing my best to rekindle my drive, yet it shall be hit and miss for a while longer.

Love and blessings to you all!!!