Today, for a little something different, we are giving you this week’s Israel
News Update as a series of briefs that include an item for those of you who
are interested in visiting Israel.

“In righteousness you will be established: Tyranny will be far from you; you
will have nothing to fear.  Terror will be far removed; it will not come near
you.  If anyone does attack you, it will not be my doing; whoever attacks you
will surrender to you.”  (Isaiah 54:14-15) 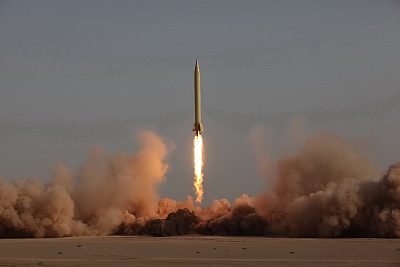 Explosion at Missile Base a Major Setback for Iran

Officials and analysts from Israel, the US and several other Western countries
who examined satellite photos of the site declared that most of the buildings
on the base, including underground bunkers, had been either destroyed
outright or rendered useless.

Despite the obvious evidence provided by the photos (published online for
the whole world to see), Iranian armed forces chief of staff General Hassan
Firouzabadi told reporters in Iran that the damage had been minimal. 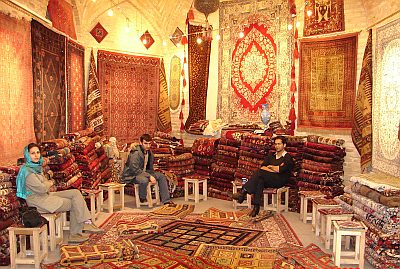 A carpet shop in the Grand Bazaar in Isfahan

Meanwhile, another mysterious explosion occurred recently in the city of
Isfahan, in western Iran, with press reports saying it had damaged an
important nuclear facility in the city.

Could it be that the prayers of Jews and Christians around the world
calling upon the Lord to intervene and prevent Iran from arming missiles with
nuclear warheads explain these “mysterious” explosions?

Once again, Iranian officials attempted to deny that any explosion had taken
place, but witnesses took dozens of pictures with their cell phones and
posted them on the Internet, where they were picked up by various media
outlets around the world.

Officials from the US and Israel have refused to rule out military action to
confront Tehran and have also broadly hinted in recent months of a covert
sabotage and subversion campaign to halt Iran’s quest for nuclear weapons.

At the same time, the US and EU have been active on the diplomatic and
economic fronts, imposing ever tightening sanctions with England closing
down the Iranian Embassy in U.K., and the British Embassy in Tehran. 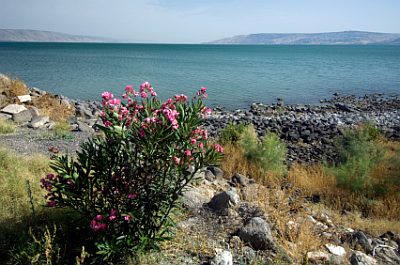 The Sea of Galilee in Capernaum

“Gospel Trail” Opens in the Galilee

Recently, Israel’s Ministry of Tourism inaugurated the new Gospel Trail
pilgrimage route in the Galilee at a cost of NIS 3 million (around 700,000 USD).

Minister of Tourism Stas Misezhnikov said it was an honor to invite the
entire Christian world to follow in the footsteps of Yeshua (Jesus).

The trail, which was created by the Ministry of Tourism and the Jewish
National Fund, runs for 63 kilometers (40 miles), starting at Mount Precipice
just outside Nazareth and continuing eastwards to Capernaum, taking in a
number of important Christian holy sites along the way.

“To really understand the Scriptures, you have to come here and see the
places mentioned in the Bible, and experience the land in which Jesus
walked,” said Juan Maria Solana, director of the Magdala center, who
cooperated with the Israeli Ministry of Tourism in creating the trail.

The route, which passes through holy sites such as Cana, the Mount of
Beatitudes, Magdala and Tabgha, can be traveled on foot, by bicycle or by car. 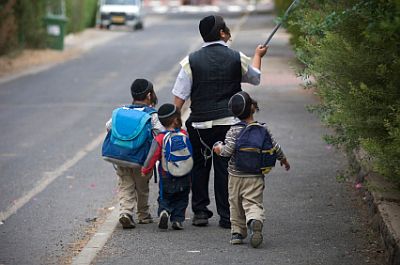 The statistics were compiled with the assistance of the Finance, Welfare and
Social Affairs ministries, local authorities and non-profit charities.

“There is a serious problem with nutritional insecurity whereby people are
forced to go without enough food, or without food completely; in other cases
families find food but it is not appropriate or healthy,” said Welfare Ministry
director-general, Nahum Itzkovitz.

“A close examination of food distribution by the third sector reveals that
while some families are receiving ample food, there are others who get no
help at all.  There is also a problem with the quality of the food.”

“If you pour yourself out for the hungry and satisfy the desire of the
afflicted, then shall your light rise in the darkness and your gloom be as the
noonday.”  (Isaiah 58:10) 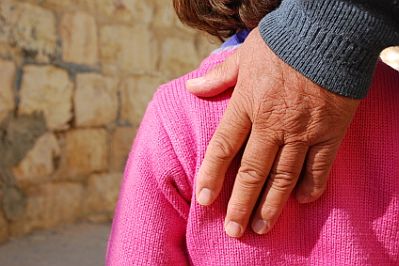 Iran which vows to send nuclear missiles to wipe out the Jewish people is
only one of many Arab enemies of the Holy Land, though it is not even on the
border of Israel.

Israel is surrounded on all three sides – in the North by Lebanon and Syria,
Jordon the west, and Egypt in the south.  At least there is peace on the east
with the beautiful Mediterranean Sea.

Israel’s most hostile neighbor which borders the Holy Land is Syria, and if
you live in the North of Israel in the Golan Heights, you feel the threat of
this Arab enemy. 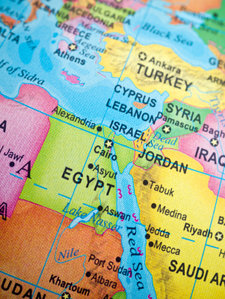 Israel and her neighbors

Syria wants to control this part of Israel that is above the Sea of Galilee
where Yeshua (Jesus) ministered to the multitudes, walked on water, and
calmed the waves and wind during a storm.  (Mark 4:39)

If you are watching the news, Syria is known for its genocide and a civil war
that could erupt any day.

The UN now estimates that over 4,000 civilians have been killed in Syria’s
nine months of violent street protests.  Several thousand more have been
wounded, displaced, and arrested.

The regime of Syrian president Bashar Assad may soon fall, and although
Israeli officials have no love for Assad, they are torn by concerns that if he
is deposed he might be replaced by something even worse.

The Central Synagogue of Aleppo in Syria, also known as the Great
Synagogue of Aleppo or Joab’s Synagogue, has been a Jewish place of
worship since the 5th century C.E.  This side view of a model of the
synagogue is an exhibit at the Diaspora Museum in Tel Aviv.
Interesting Facts About Syria 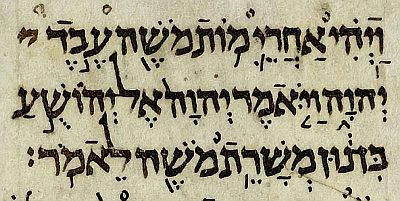 Joshua 1:1 in the Aleppo Codex.

Iceland: the First Western Country to Recognize “Palestine” as State

Iceland’s parliament last week voted to recognize Palestinian as an
independent state, gaining the dubious distinction of being the first
Western country to do so.

“Iceland is the first Western European country to take this step,” Foreign
Minister Össur Skarphedinsson told Icelandic state broadcaster RUV.  “I
now have the formal authority to declare our recognition of Palestine.”

While the move might be disheartening for Israel and her supporters,
Iceland’s relative weakness and obscurity in international affairs perhaps
makes the move relatively insignificant in the grand scheme of things.

Nevertheless, it’s a disturbing foreshadowing of the nations of the world
coming against Israel in these end times.

“I will gather all the nations to battle against Jerusalem to battle….”
(Zechariah 14:2) 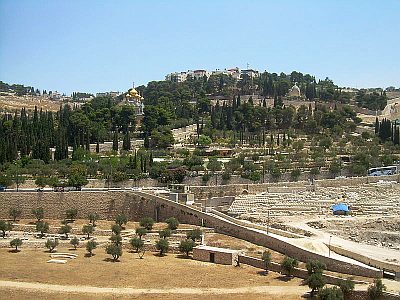 The stage seems to be being set for the fulfillment of prophecies in
Zechariah 10-14, which describe the nations coming against Israel before the
Messiah appears and stands triumphant on Mount the Olives.

Remember that the Mount of Olives is where Yeshua (Jesus) ascended and
where the angels told his disciples that he would return. 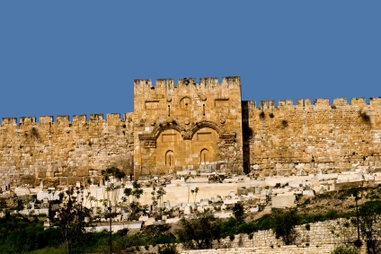 And then the Jewish people will know their Messiah Yeshua!

“And I will pour out on the house of David and the inhabitants of Jerusalem a
spirit of grace and supplication. They will look on me, the one they have
pierced, and they will mourn for him as one mourns for an only child, and
grieve bitterly for him as one grieves for a firstborn son.”  (Zechariah 12: 10)

Blessings from all of our ministry staff in Israel