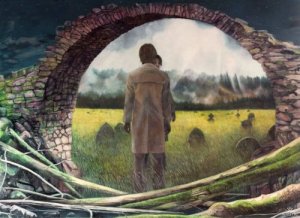 Daddy said that he and mother seemed to have made fast friends after he held his grand opening at the store but had some sort of falling out right before Adrian and his mother arrived.  There was no clear-cut explanation given to my father for it though and mother refused to talk about it.

At Sunday morning services, Adrian and I arranged to meet by the bridge leading out of town.  I could hardly contain myself long enough to sing the designated songs, listen to the sermon, socialize at the weekly brunch and then steal away to our rendezvous.

Before we had left the house, I heard mother and daddy arguing in their bedroom.  When mother appeared later in the kitchen, her face was sour and mood extremely cold.  Was she blaming me for their current roe?  It was her own fault!  She shouldn’t have lied to daddy about me.  I refused to feel guilty, she always made everything feel like my fault, like I was the cause of her pain and I was so tired of her melodramatic performances!!  She was not going to ruin my day along with her own.

When I was free from sight, I practically ran to meet Adrian and fell into his arms.  He was so strong and lifted me off the ground as though I was just a feather to him.  Laughing, he spun me around and around while planting hot kisses on my cheek.

“Oh Savannah, I’ve missed you so much in this week!  I even dreamed about you last night, would you like to hear?”

I smiled and blushed at the thought, “Of course, yes!”

“We were picnicking in the meadow down by the pond on the plantation.  You were wearing a dress of cornflower blue, my favorite shade on you, looking as splendidly radiant as I have ever seen you.  You were positively glowing and telling me about your day of shopping for the nursery.”

“Adrian, a nursery?!  How marvelous but… we were married weren’t we?”  I giggled a bit bashfully at the thought.

“Savannah, don’t be absurd of course we were married!  Silly girl, could you imagine the scandal?  Your mother could ‘neveh show har face again’ if we were not married!”  Adrian threw his head back and laughed at his own imitation of my mother, which was spot on.

“So, there we were eating, talking and just enjoying the day until an awful storm blew in to ruin it all.  We hurriedly gathered up our belongings when a gust of wind blew you off of your feet and you began rolling down the embankment into the pond.  Oh Savannah, my heart was racing so hard when I awoke.  I was covered in sweat and terrified like I haven’t been since I was a boy.  What do you suppose that was all about?”

“I don’t know, darling, but I wouldn’t call that a dream.  That was total nightmare!”  I was trembling at the thought.  “I haven’t told you about my evening yet, maybe you were feeling my fear and distress.  What time was it that you were sleeping and had this ‘dream’?”… 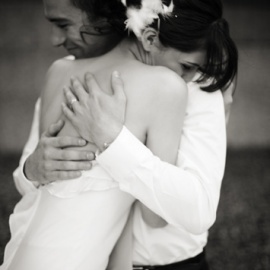 You once again
sweet love give
It’s for you Darling
that I do live!

My first submission for “Free Write Fridays” at http://magicinthebackyard.wordpress.com/2011/09/30/free-write-friday-taboo-subjects-how-to-be-fearless-nothing-less/

Your kiss so sweet
on my lips lingers

The gentle caress
of your fingers

Words of love
whispered in my ear

Many years later
can I still hear

Your sweet embraces
full of strength

Your body enfolds me
within its length

In your eyes
the passion I see

Your kiss deep
making love to me

Say you’re mine
forever to keep

I thank God
before drifting to sleep!

Love will give you bliss
that no money could afford
when a slow, gentle kiss
is more to be adored

Then for the very last
let God be your guide
onto Him your burdens cast
and in His shadow hide!